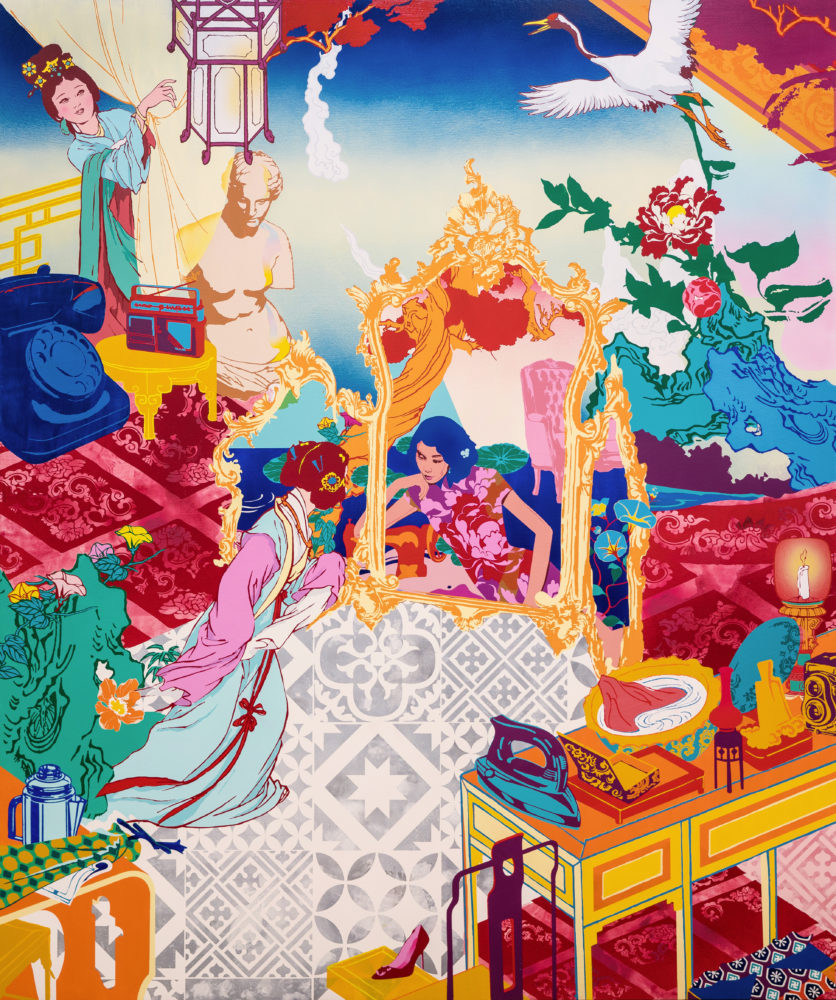 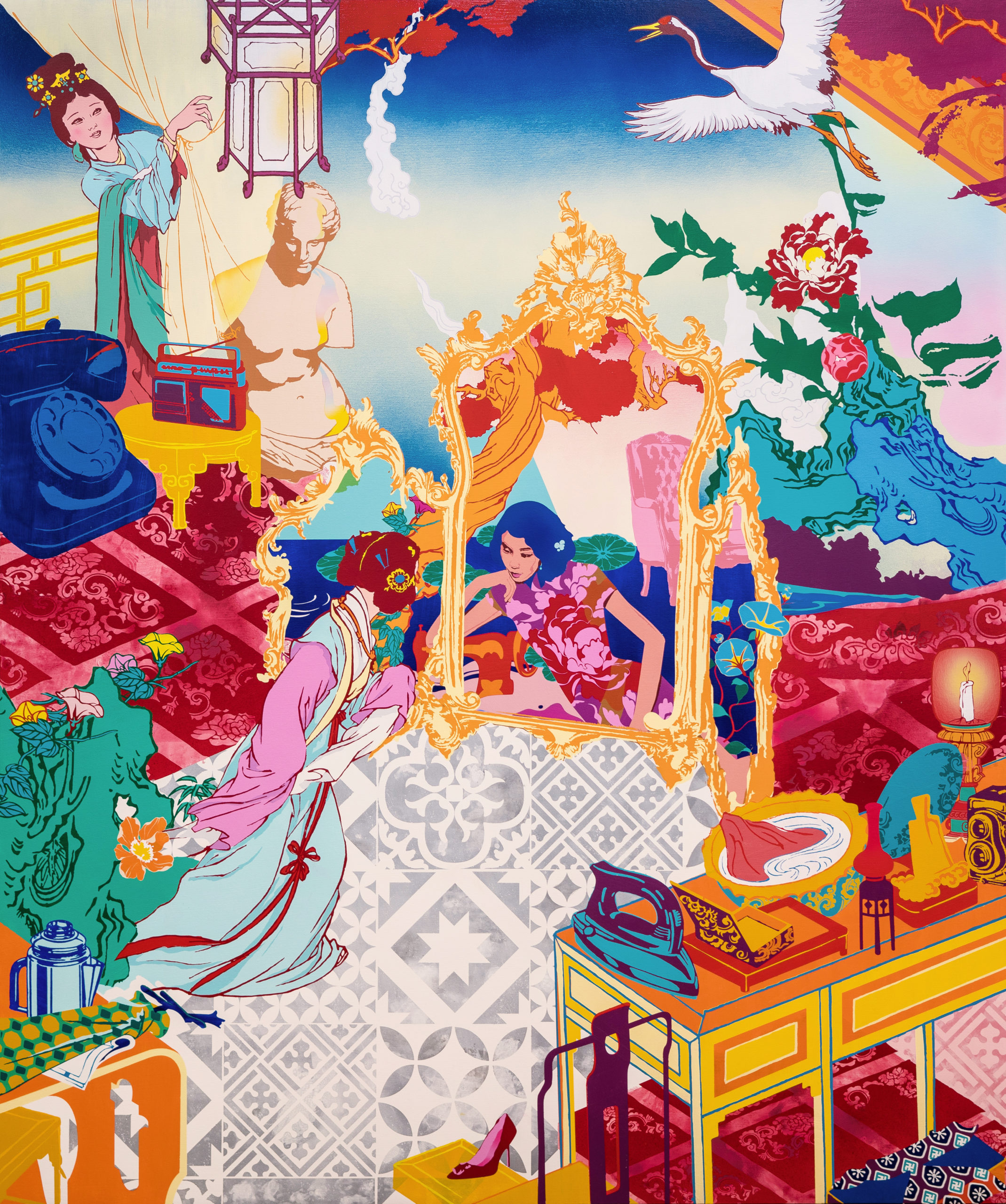 The asian art market is expanding in spite of itself. State censorship is still rife and restrictions are placed on what art can be made and exhibited. Public attitudes towards art are often fairly conservative, art that questions religion, the state and sexuality is still often unpopular, as it can be in the rest of the world. With this is mind, the cities below are noteworthy in their unwavering pursuit of inclusivity and desire to provide a platform for discussion and debate.

Seoul is the largest city in Korea and the second most populated city in the world, with 24.4 million people at a density of 17,288 per square km. The city modernised extremely quickly in the second half of the 20th century and its musical, filmic and artistic outputs are now extremely popular worldwide. Unit London has been interested in the region’s art for some time, in particular the work of Kwang Sung Park who was part of our group show Beyond Borders. Established western galleries have been opening outposts in Seoul in unprecedented numbers: Perrotin, who represent Maurizio Cattelan (of banana fame), opened in 2017; Lehman Maupin has taken up residence in a space designed by artist Lee Bull and Pace gallery has opened a semi-hidden space in the trendy neighbourhood Itaewon. Elsewhere, pioneering LA gallery ‘Various Small Fires’ have just opened.

Seoul is a city in which cultural capital is valued very highly, knowledge of cultural events in considered a virtue and therefore most people, in particular the cab drivers, are aware of nearly every exhibition and cultural event happening in the city at any one time. It is home to the Seoul Arts Center, Seoul Institute of the Arts, Alternative Space Loop, National Museum of Contemporary Art and the Nam June Paik Art Centre; as well as Media City Seoul, a biennial of new media art established in 2000.

Singapore has an extremely well-funded art and culture sector. The National Arts Council published a report in 2012 that claimed government funding for the arts has increased steadily from $230.2 million in 2005 to $437.2 million 2011, this number has continued to rise in the last decade. The city-state’s advanced infrastructure is conducive to the growth of the art scene, for example the presence of the Singapore Freeport, a state of the art storage facility, is a great boon to the industry.

Institutions include the Institute of Contemporary Arts, the Singapore Art Museum, the National Gallery Singapore, the Singapore Biennale, Singapore Art Fair and the LASALLE College of the Arts. The Substation, an alternative venue housed in a disused electricity substation, is the grandfather of Singaporean independent art spaces. The 108 seat theatre hosts local bands, poetry readings and film screenings, while upstairs classrooms host creative workshops – the Substation is at the forefront of Singapore’s creative scene.

Unit London has always been enamoured with Shanghai: there’s not much to dislike about such a bustling, multicultural and creative city. Chinese artists have always caught our eye and we have long standing relationships with Zhuang Hong Yi and Jacky Tsai, two of the country’s leading contemporary artists. While Hong Kong has closer ties to blue chip galleries, Shanghai is driving the contemporary art scene and subsequently a large chunk of the Chinese art market. Spaces like M50, a labyrinthine complex of restored factory buildings, is home to innovative galleries like the Chronus Art Centre, Vanguard, cc Foundation and Island 6. Elsewhere, there are larger institutions like the West Bund Museum and the Shanghai Museum of Arts and Crafts.

Located off the west coast of Malaysia, on the island of Penang, George Town is an historic city and UNESCO World Heritage Site. With a fascinating colonial history, George Town is a cultural haven of moderate size that can easily be navigated on foot. The city is renowned for its vibrant and idiosyncratic street art, that often depicts the country’s colonial history. At Unit London we always like to hear about good street art (have a look at our very own Mr Jago) due to its inherently democratic and accessible nature, George Town is one of the best places to see this most conscientious of art forms executed skillfully.

The Hin Bus Depot opened as an arts space in 2014 with Lithuanian street artist Ernest Nacgarevic’s first solo show. The space was previously derelict and the owners were concerned about the initial turnout; however 3,000 people attended the two-day opening and the space is now established as one of the cities leading arts spaces, promoting shows from local and international artists.

Chiang Mai in the north of Thailand – given the sobriquet ‘art capital’ – is a hub of offbeat creativity. While Bangkok caters for those in search of spirited nightlife, Chiang Mai has a more tranquil, relaxed demeanour. However, despite this muted feeling, the art scene is a constantly evolving landscape lead by Gallery SeeScape, Vichit Studio and C.A.P Studio.

Ne-Na, or “here it is” in Thai, offers two spaces in Chiang Mai for artists in residence, including studios and living quarters and plenty of room for exhibitions, performance art and site-specific installations. Born from a collaboration between Thai and Sweedish artists in 1998, Ne-Na fosters exchanges across cultures and media, offering the chance for ground breaking exhibitions, performance art and site-specific installations.