Teiji Hayama's second solo exhibition with Unit London titled I link, therefore I am is currently on view until the 8th of January. To celebrate the opening of this exciting exhibition we invite you to delve deeper into the artist’s inspiring practice.

Having grown up in Kumamoto, Japan; studied at Saint Martin’s College in London, UK; and now living and working in Switzerland, Hayama skillfully employs imagery that can be traced across diverse cultural contexts. Heavily inspired by vintage photography, Hayama’s subjects are portrayed in greyscale, as a warped homage to 1950s glamour shots. However, on closer look Hayama’s practice reveals a separate story, one that contrasts with the seemingly superficial undertones of celebrity photographs. Imagery of icons such as Marilyn Monroe, Frida Kahlo, Salvador Dali and Albert Einstein are portrayed with either bored or charicatured expressions filled with mockery and overburdened by social media fatigue.

Expressing onto the canvas an organic amalgamation of exaggerated features, Hayama visualises the notion of Multiphrenia: the fragmented self. Drawing from this idea of being pulled in multiple conflicting directions, Hayama emphasises how virtual and social platforms can distort the individual identity. He utilises a multilayered perspective as a prism through which the different psychological states of his subjects are projected. A bold statement to the power of the image, Hayama’s hypnotic portraits demonstrate society’s obsession with the two-dimensional image. In a world run by social media influencers and defined by curated online identities, Hayama’s portraits echoe feelings of loneliness and alienation, forcing the viewer to confront their own anxieties feeding the perfectionism of their public image.

Conceptually Hayama’s works draw favourable comparison to the work of Andy Warhol. Portraits held an important place in Warhol’s practice from 1963 onwards, allowing him to investigate key preoccupations of the construction of celebrity and American consumer culture. Hayama employs the Warhol-esque use of vibrant blocks of colour, to further emphasise the disconnect and tension between a visibly disintegrated appearance and a hopeless attempt at maintaining a pretence of glamour. This effect is further enhanced by the multilayered technique being juxtaposed by the smooth finish of the canvas. 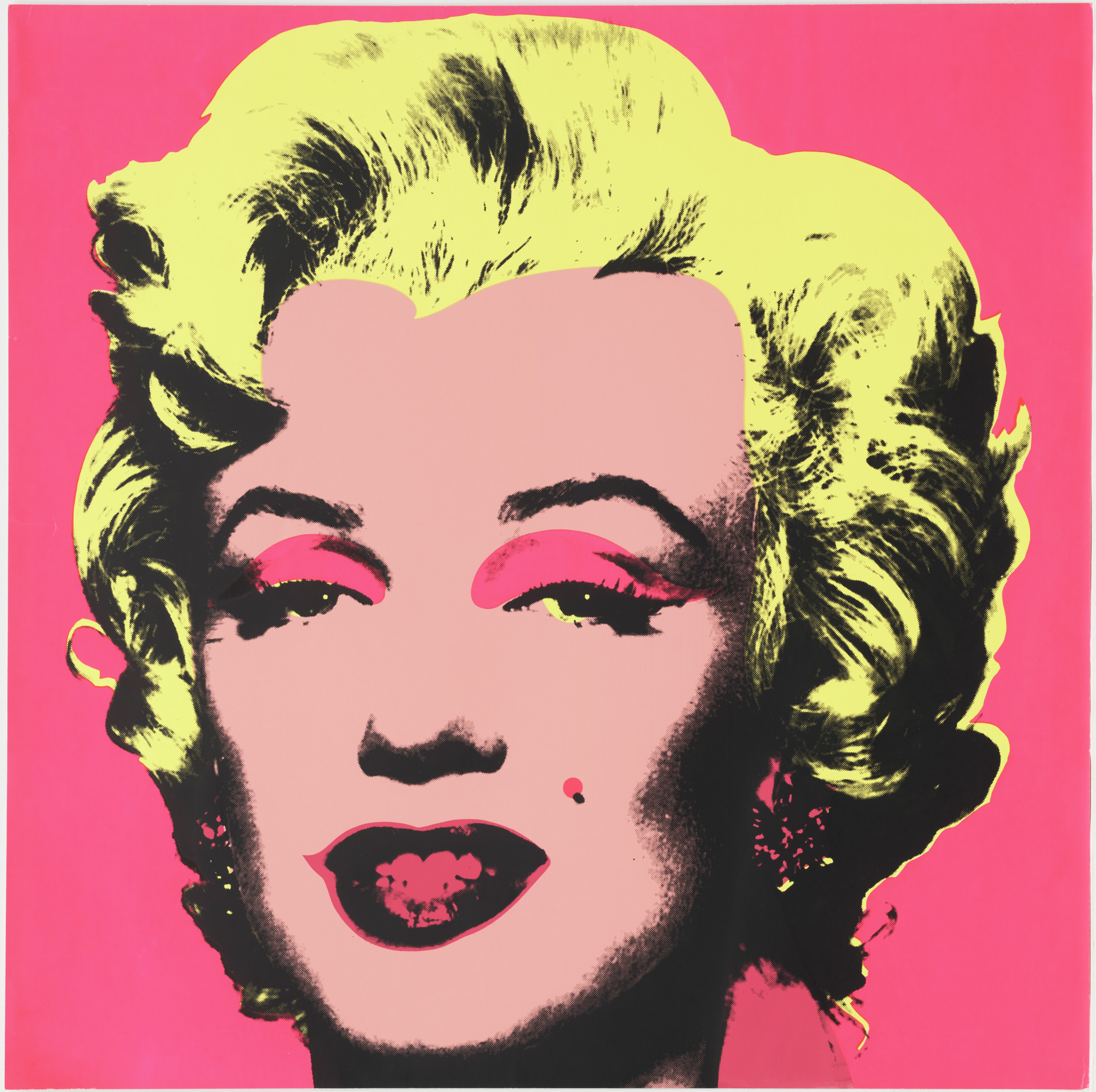 With her sultry stare and charming smile, Marilyn Monroe was the epitome of American glamour and beauty in the 1950s and early 60s. It was by pure coincidence that Warhol decided to depict her in one of his first, and now most famous, silkscreens. When the actress ended her life that same month, she became the foundation for his characteristic style. By continuously reproducing Monroe’s image over and over again, Warhol comments on how the newspapers and movie-screens that reported the actress’s suicide contributed to the fact that the viewer no longer saw a person but instead a commodified product of pop culture. Warhol said, “The more you look at the same exact thing, the more the meaning goes away, and the better and emptier you feel.”

Not unlike Warhol’s work, Hayama’s portraits further erode any sense of the individual beneath the public persona, encouraging viewers to see these iconic figures as nothing other than a figure of commercial mass culture. The artist states, “Marilyn Monroe, instantly recognisable by any generation, is arguably the most famous global pop and cultural icon of all time. I wanted to blend other iconic celebrities and superheroes from the film, science, art and political worlds with the image of Marilyn Monroe to create a ‘monster’.”

Similarly to Warhol, Hayama demonstrates a subtle and sophisticated understanding of the role of the visual in popular culture. Hayama’s ability to satirise and simultaneously create an homage to his source material is what makes his work particularly forceful and effective.