Maritime painting is an enduring and rich tradition within the history of art — depictions of boats date back to 12,000 BCE, appearing in the classical Egyptian and Graeco-Roman world as well as in Medieval and Renaissance art.

However, it is the maritime painting of the Dutch Golden Age in the 17th-century that is widely considered the defining moment in the genre, and building upon its legacy is the focus of Jake Wood-Evans’ latest prints, adapting marine painting and its long-held mysticism within visual imagination for a current cultural context.

The surge in the popularity of maritime painting coincided with the astronomical expansion of international trade across Europe — among this, Flanders was a key player. Large armadas of ships for mass overseas transit was commonplace, reinforced especially with the proliferation of European colonial and missionary agendas. Wealth and prosperity reaped from the commercial boom was invested into building bigger ships, and in turn, paintings of them.

Willem van de Velde the Younger, A States Yacht in a Fresh Breeze Running Towards a Group of Dutch Ships, 1673.

Another revolutionary contribution to the maritime genre came from the Romantic period, especially the work of J.M.W. Turner. In contrast to the infinitesimal detail and scientific exactitude of the vessels in historic Dutch tradition by masters such as Willem van de Velde, Turner’s emphasis was recreating the tumultuous waves and billowing winds using loose expressive brushwork to capture the wilderness of the oceans — sometimes, sky and sea are virtually indistinguishable. There is a certain nostalgia to his works, where in the wake of the Industrial Revolution and the ubiquity of steamboats, historic sailing vessels faced obsolescence, their grandeur becoming a thing of the past. 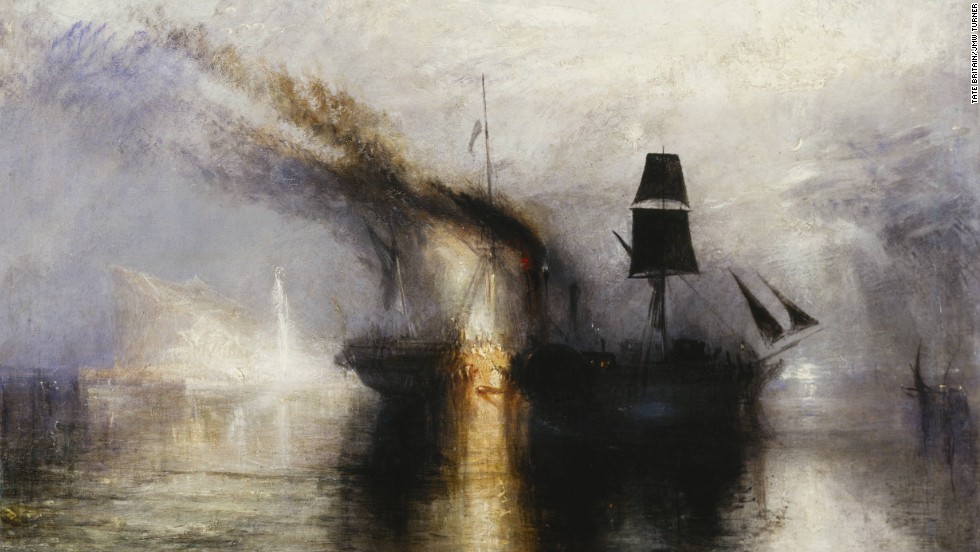 Wood-Evans’ practice displays a hyperawareness of art historical convention, reworking familiar subject matter to create something haunting and uncanny, in what the artist describes is ‘a process of conflict with the ambiguous space between representation and abstraction.’ In his seascape print, a large naval ship navigates through a dark scene, the rough sea conveyed through gestural marks applied in an ominous, strangely ethereal manner. It is undeniably Turner-esque in its execution, but this quality is amplified, compositionally dynamic to the point where the image is swelling and spilling out of its frame. Transforming and exceeding its predecessors, Wood-Evan’s aesthetic metamorphoses the historic for a present-day audience, feeling simultaneously familiar yet remarkably fresh and contemporary.

Share
Each print in Jake Wood-Evans' latest Seascape series is completely unique and has been individually hand worked by the artist with charcoal, conté, graphite and paint, signed and numbered by the artist. The release was held on Friday 17 August 2018, and some pieces are still available to buy on our online store.